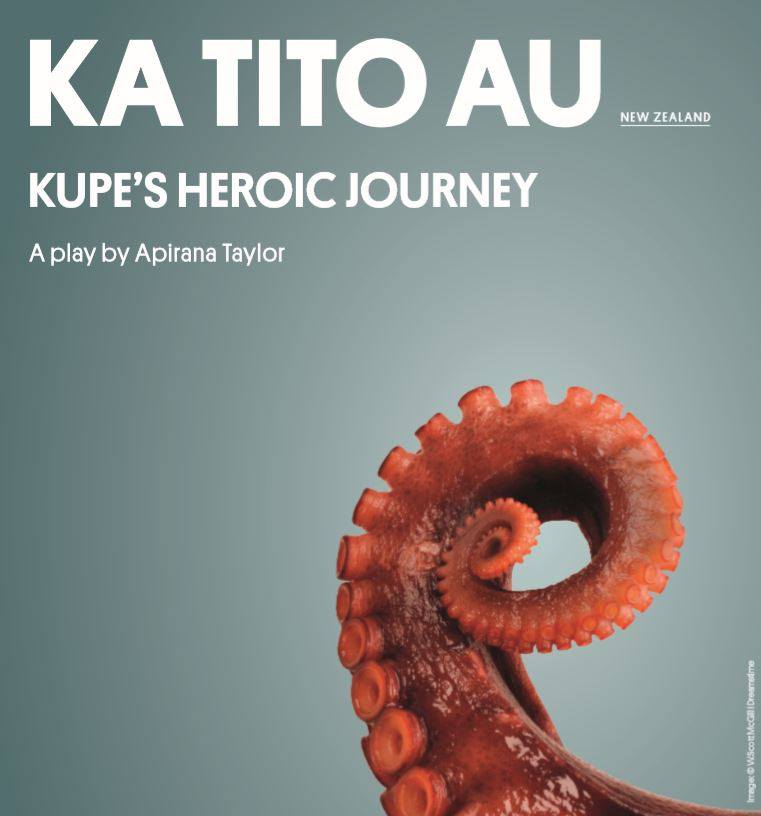 The tales of Kupe stretch far and wide across the Pacific and next week they are brought to life in Whitianga, in an exciting performance hosted by Creative Mercury Bay.

Ka Tito Au is a solo show performed by Tola Newberry and directed by Murray Lynch.  Written by Apirana Taylor, the tale explores the legend of great Pacific explorer and navigator Kupe.  Ka Tito Au invites you along on an epic sea voyage from Raiatea (also known as Hawaiiki) to Aotearoa, where Kupe explored and named many places. The play traces Kupe’s whakapapa and his connection to the islands and the ocean, his dramatic expedition on the waka Matahourua, and his climactic battle with the giant octopus Te Wheke-a-Muturangi.

Originally commissioned by NZ Festival 2018, the show has been described as ‘lively’ and ‘lyrical’, combining deft movement and poetic dialogue to create an enchanting, mythical tale of intrigue.  Taylor’s Kupe draws on many oral traditions to create a fascinating and complex character, played with vivid, captivating energy by Tola Newberry.

The structure and setting of Ka Tito Au draws on deceptively simple sight and sound effect to capture the essence of such a sweeping mythological adventure. Choreography and traditional instrumentals brings to life the sea creatures, birds and sounds of the ocean, creating an evocative, elemental landscape in which the story is set.

Apirana Taylor spent months reading all the stories of Kupe.  Kupe has a place in his own whakapapa, he told RNZ in a recent interview.

“I feel so honoured to be given the chance to write it.  It was a wonderful thing for my understanding.”

Taylor said the stories of Kupe contradict frequently. “I put them all in,” he said.    “All of Polynesia is full of stories of sailors.  This is what Kupe did and I view him that way.”

Ka Tito Auo plays next Friday 5th April at 7pm at Whitianga Town Hall. The play is suitable for adults, youth and children over 8 years old. Admission is free but tickets are essential as seating layout is highly prescriptive. Tickets can be collected from Whitianga Paper Plus with a restriction of four per group.