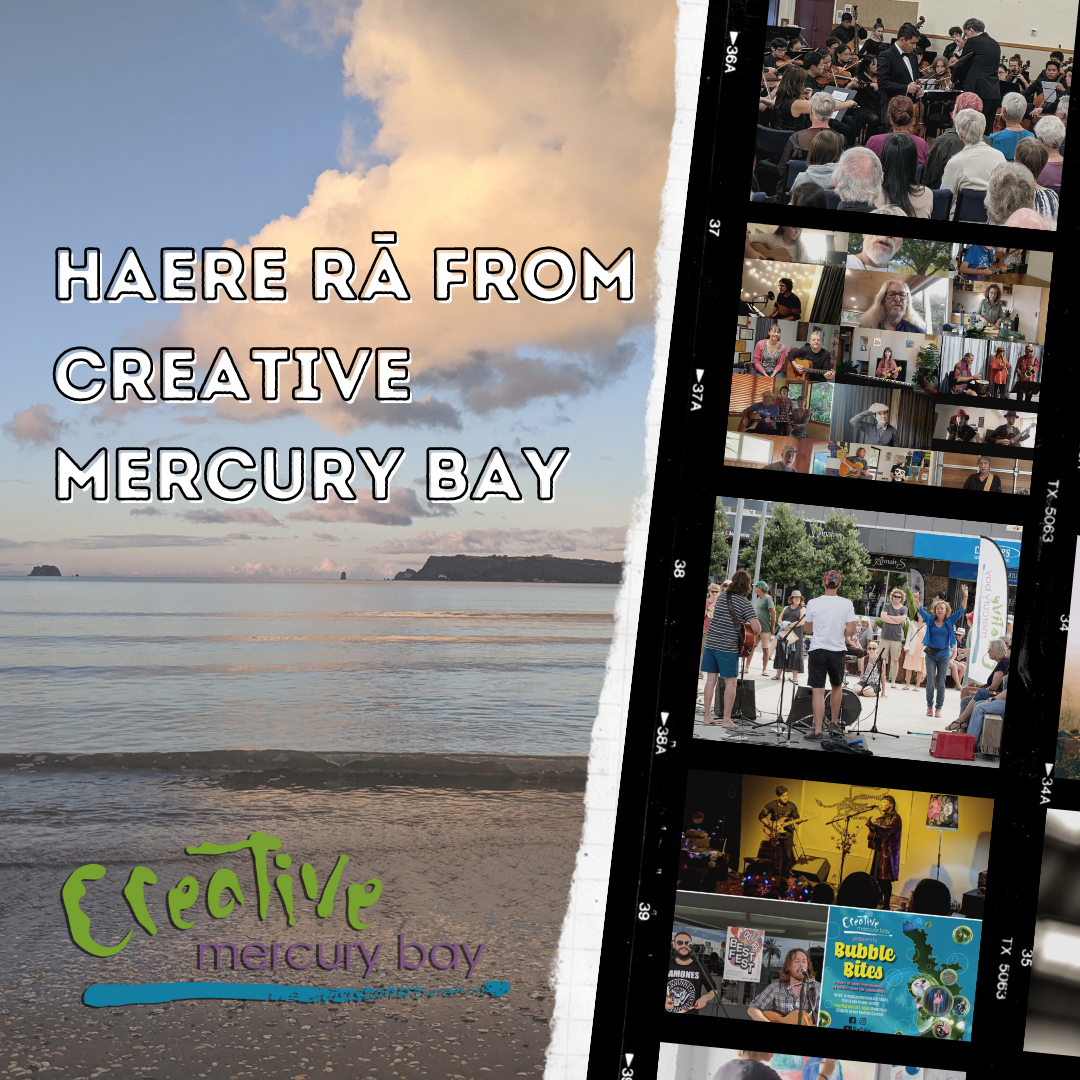 Creative Mercury Bay to wind-up after 9 years of service

Creative Mercury Bay (CMB) has made the decision to wind-up after 9 years of service to the Mercury Bay community. The Charitable Trust will cease operations on 31 July 2021.

Creative Mercury Bay was formed in early 2012 by a group of arts-passionate locals who identified a need to strategically support the development of the performing arts in Mercury Bay, after the Whitianga Music Society dissolved.

Since then, the mostly volunteer-run Trust has actively developed and nurtured enjoyment, participation and education in the arts, by providing an exciting annual programme of events and workshops for the Mercury Bay community.

“As a team the decision to wind-up the Trust was not an easy one and several factors have contributed to this decision,” says Anusha Bhana, Chairperson for Creative Mercury Bay.

“Even though we have done our best to streamline processes and increase efficiency, operating a Trust is hard work.  A lot takes place behind the scenes to organise events, plan annual programmes and secure funding grants and sponsorship. This has been hard to sustain, both financially and operationally, with limited funds and a small team of volunteers, most of whom have day jobs and other commitments.”

“As a Charitable Trust a minimum number of Trustees is required for us to operate legally, and it has become increasingly difficult to find volunteers who have the capacity, skills and willingness to be Trustees” explains Anusha.

The Trust was on the verge of winding up in April 2020, following the resignation of several Trustees and a Committee member, however locals Dave Rhodes, Emma Mudgway and Anusha Bhana joined at that point, breathing life into CMB for another year.

And what a year it has been with the successful online performing arts series ‘Bubble Bites’ that took place from April – June 2020 during the first COVID-19 national lockdown, the summer busking festival ‘Whiti Fest’ which took place on 7 February 2021 and the always popular Auckland Youth Orchestra which performed to a sold out audience on 20 March.

In 9 years Creative Mercury Bay has created over 75 events and workshops, introducing the Mercury Bay community to a wide range of artistic disciplines including theatre, film, dance, comedy, music and photography.

Jan Wright, Trustee for Creative Mercury Bay and one of the original founding members is thrilled with what the Trust has accomplished.

“We are of course very sad to be dissolving the Trust but we are also incredibly proud of what has been achieved over the last 9 years,” she says. “We’ve always been community oriented – run by locals for locals, and we take pride in the connections, enjoyment, learning and fun we have helped to create through our mahi and the opportunities we have created for so many local artists to perform.

“I will be eternally grateful to the Mercury Bay community for so enthusiastically allowing CMB the opportunity to develop and showing up as a warm, receptive audience each time.”

Creative Mercury Bay has successfully created a place for the performing arts in Mercury Bay, and the team hopes that the Trust’s departure will present an opportunity for something or someone else to take its place.

“We’re leaving the door open for others to take the lead,” says Anusha. “We strongly encourage other arts groups and locals to continue to create in this space and keep the strong performing arts scene in Mercury Bay thriving!”

Creative Mercury Bay would like to sincerely thank each and every person who has had a hand in CMB’s success over the years; volunteers, local businesses, sponsors, media partners, stakeholders, audiences, artists and performers (local and visiting).